A Quick and Easy Fitness Program for Every Dog! 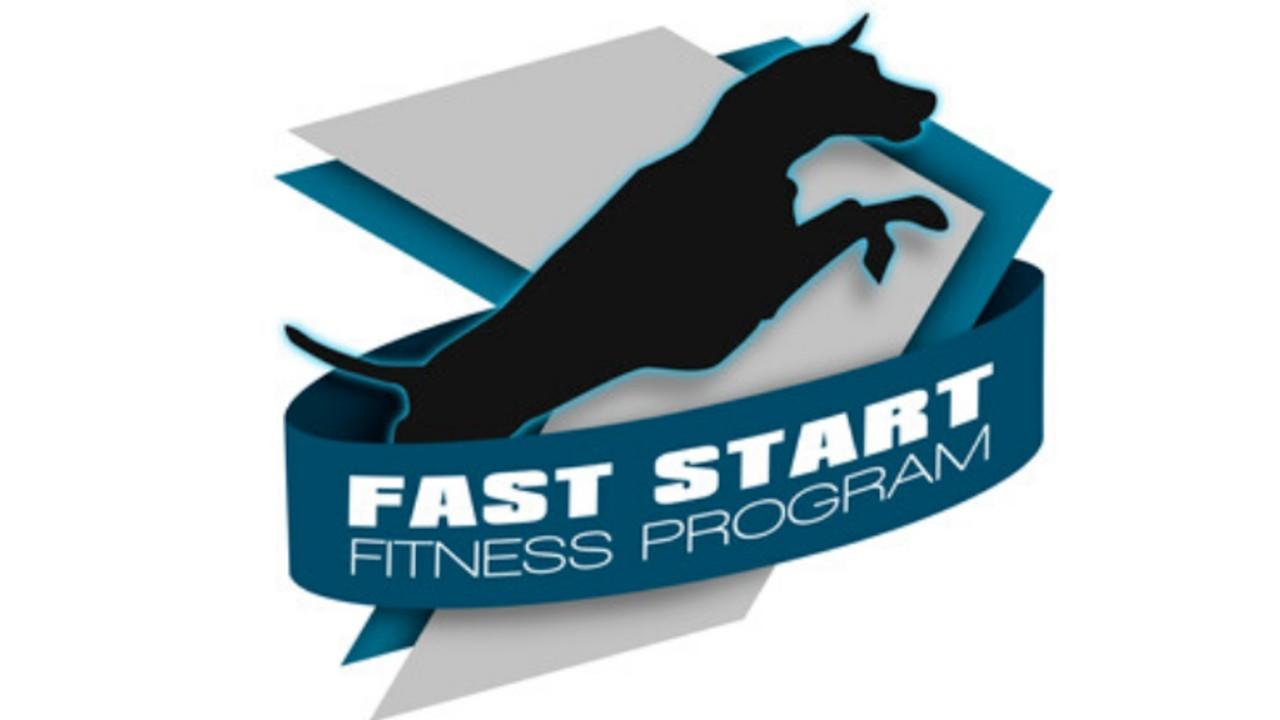 This program provides a broad based, general fitness program that any healthy dog can begin by simply following the step by step exercises. Previously this program was only available to those who had purchased a K9 Fitness Solutions membership subscription, but now it is available to anyone.

The program begins with teaching your dog common fitness movements. From there, the program moves into the foundation of the K9 Fitness Pyramid: 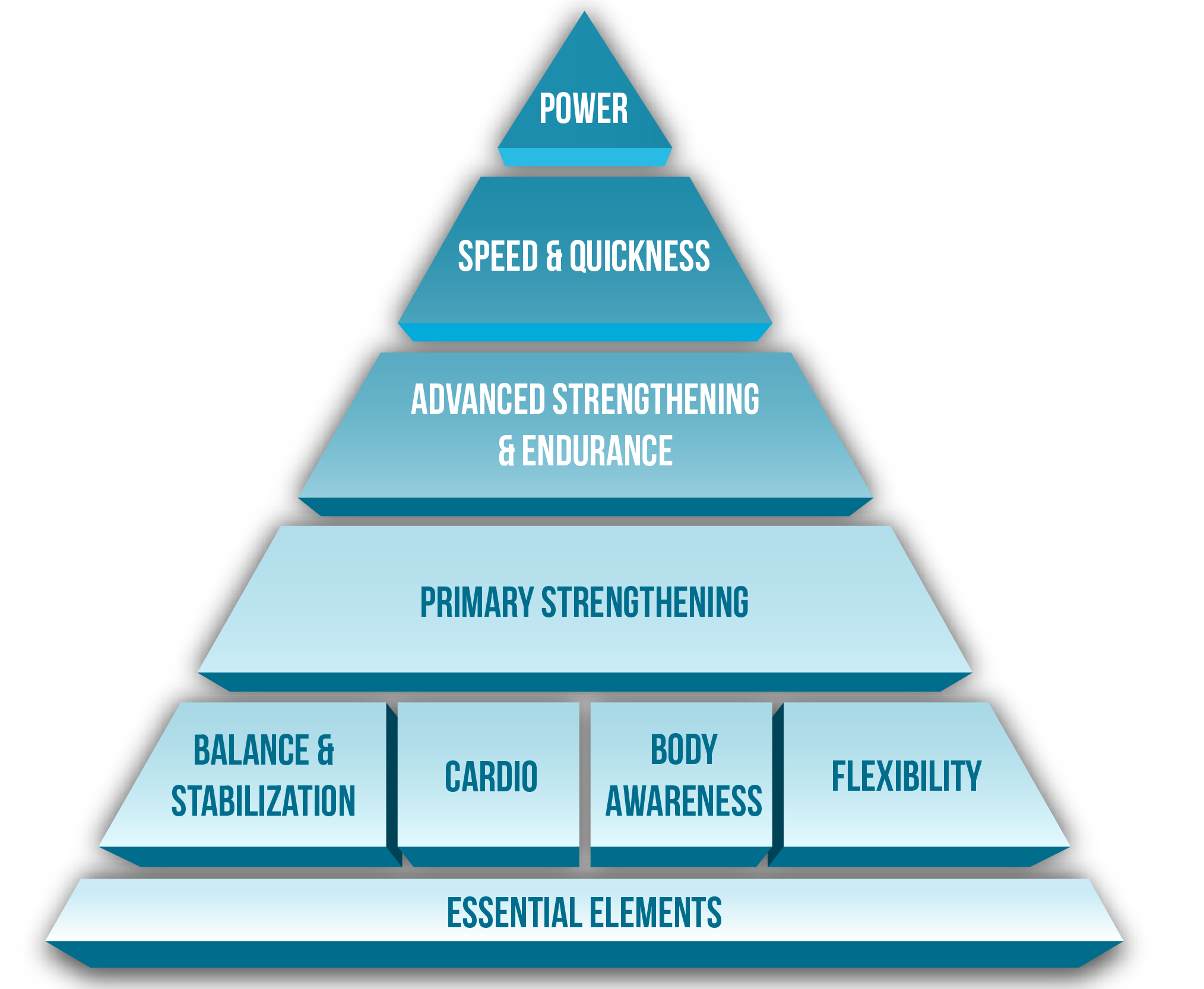 Most importantly, strength training - the single most critical aspect of any fitness training program - is included. With specific strengthening exercises, it provides a solid approach to using body weight resistance for strength training in your dog.

This program is divided into 2 phases, each 6 weeks long.... 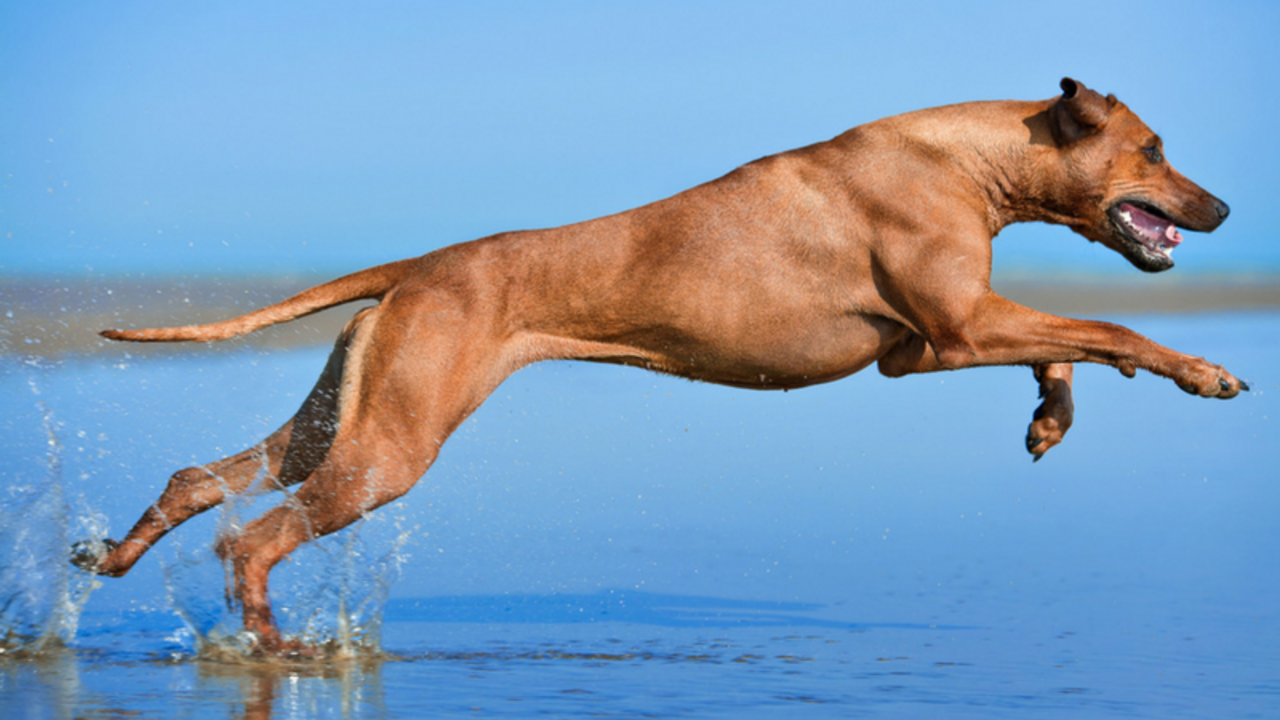 Balance is your dog’s ability to maintain its center of gravity without falling while standing and moving.  Balance is the result of many systems working together, including the visual system, the vestibular system, and proprioception (or body awareness.)

The muscles involved in balancing typically are the small muscles whose primary job is to stabilize joints in the limbs and the core. The core, includes the muscles that stabilize and support the spine, pelvis and hips. The core includes many muscles, many of which are hidden deep beneath the surface, including the multifidus, paraspinal muscles, and abdominal muscles.

Strong core muscles help to eliminate excessive or unintended movement in the spine and pelvis, transfer force from one part of the body to another, and mobilize the spine in movement, helping to reduce the likelihood of injury.

A strong core is critical to canine movement. It is the central link in the “kinetic chain” that is your...

How Your Dog Learns to Balance 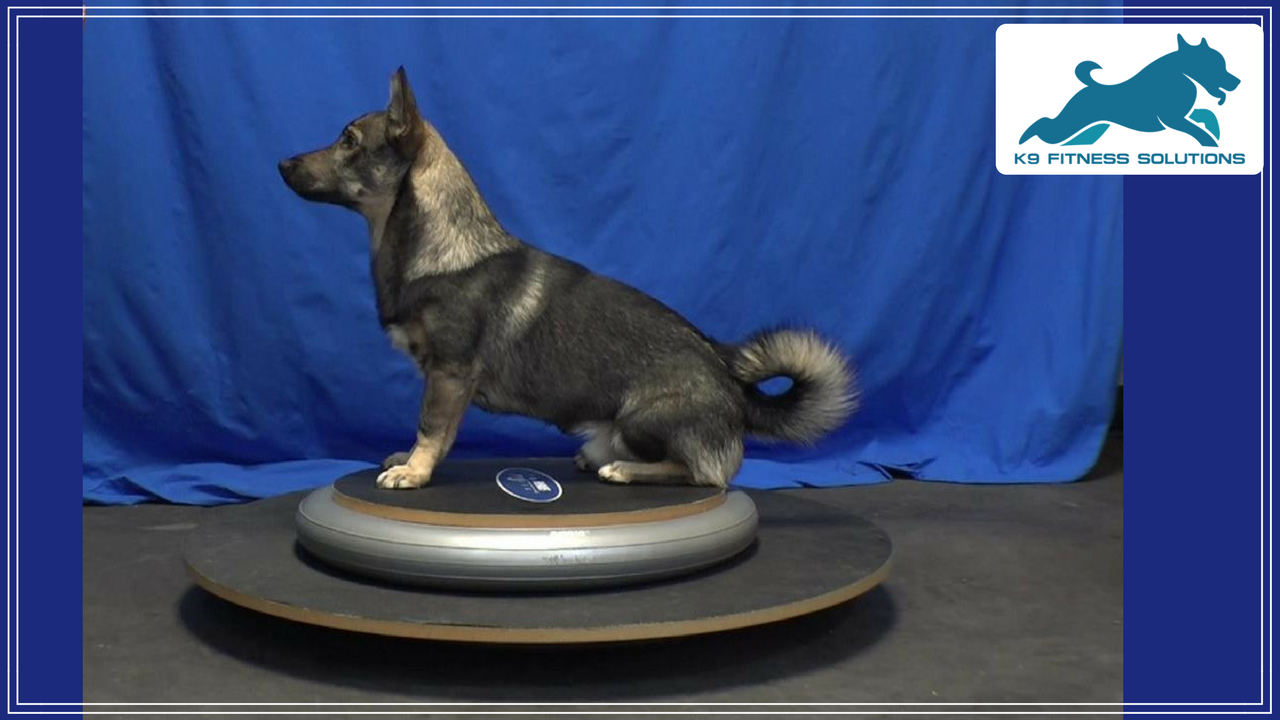 How is it that your dog's balance can improve so quickly?

It is a learned skill with a basis in your dog’s genetic predisposition. What that means is that some dogs innately seem to have good balance and some do not, but if your dog is not a natural, don’t worry. Your dog can learn to balance better- and learn it quickly!

Neuroplasticity refers to the moldable nature of the brain to form new, and reorganize, synaptic connections. This is the driving force behind the generation of functional neural pathways in learning and memory. Of particular interest to canine athletes, neuroplasticity is what allows for learning and maintaining new motor skills, like balancing. 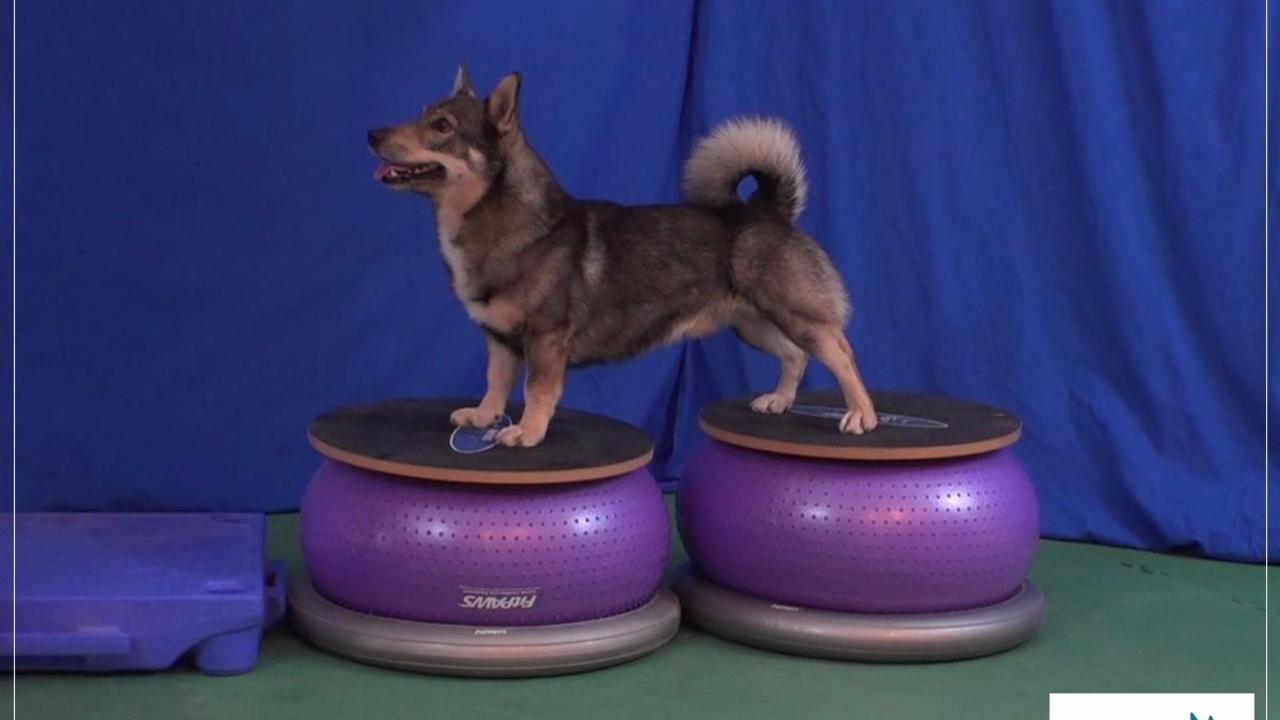 Variables in Balance Training for Your Dog's Fitness 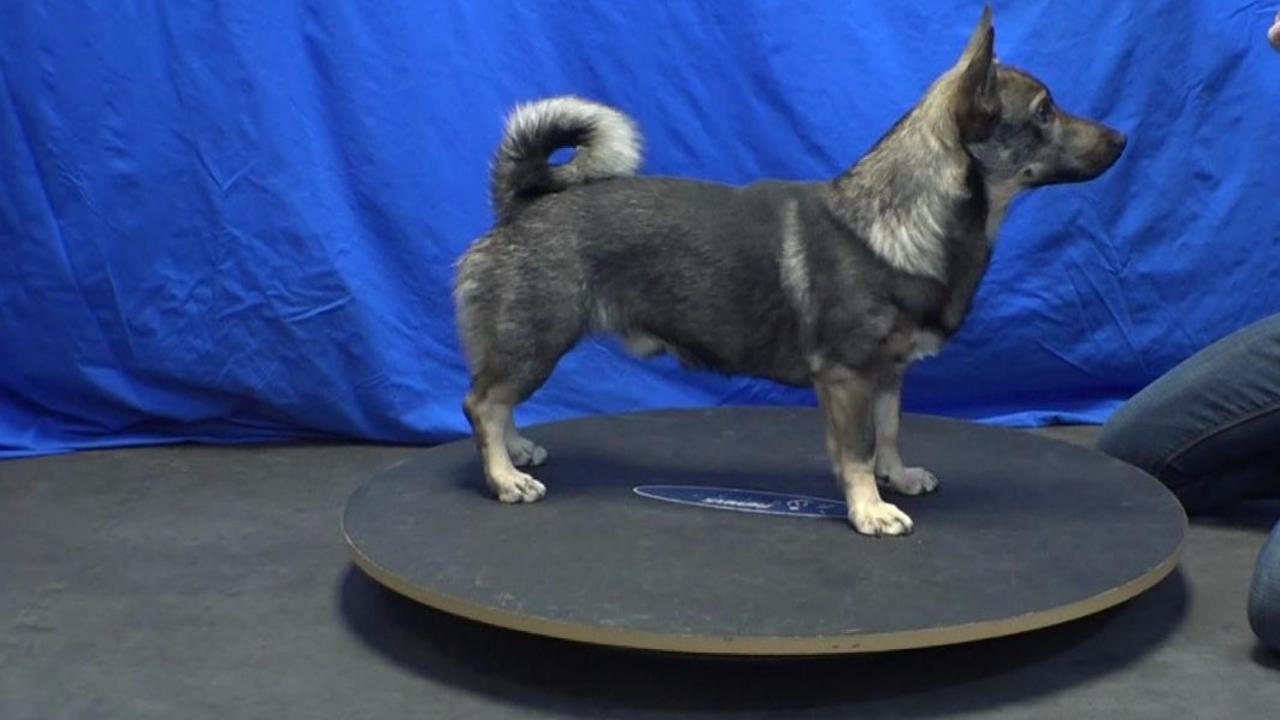 Balance is one of my favorite components of dog fitness training; it’s fun to teach and to share with others! Most dogs enjoy the physical and mental challenge of balance training as well making it fun for the dogs too!

There are many variables involved in balance and stabilziaiton training. These include:

Balance is learned, and any dog can do it. For some dogs it will be easy and very natural, others will have to work harder at achieving better balance - but every dog, and dogs of all ages, can improve their balance.

One of the easiest variables to categorize in balance work is the type of equipment being used for the dog's...

The Benefits of K9 Balance Training 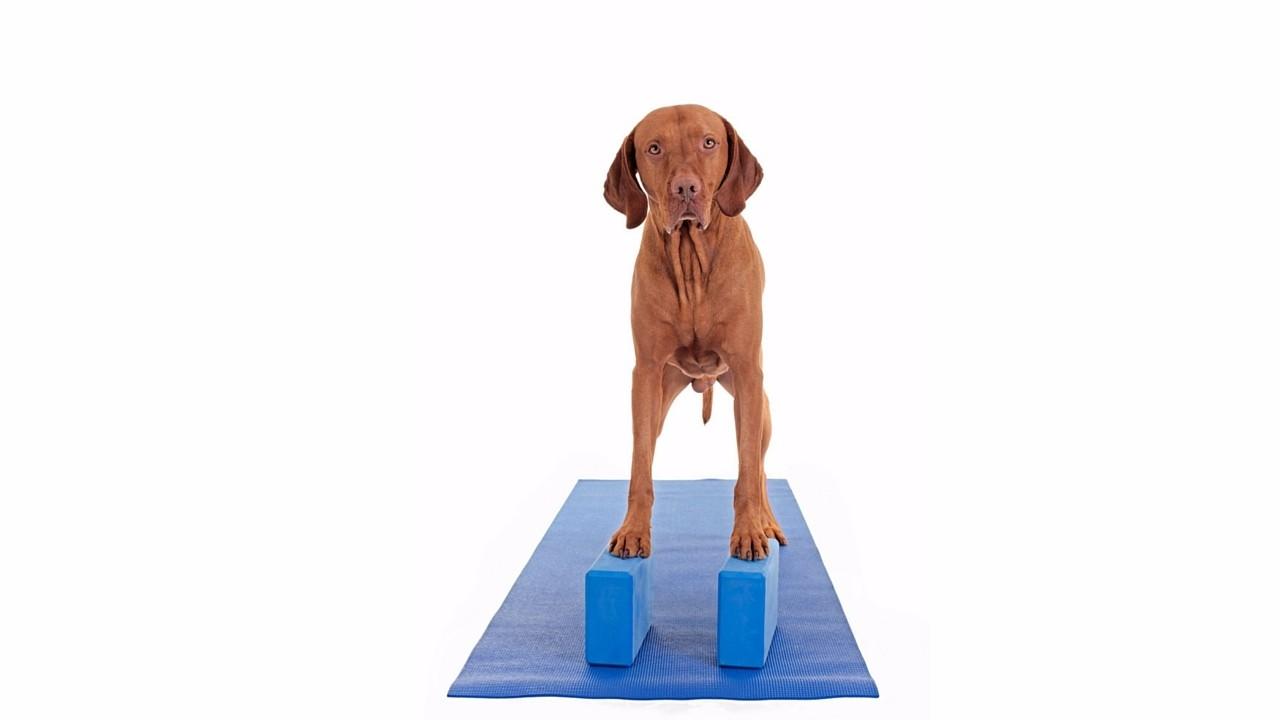 Balance is one of my favorite things in dog fitness training, in K9 athletes, in my rehab patients, my kids, and even myself. It's so rewarding to see progress in this area and it’s typically fun to train. So, here are 7 sevens reasons why better balance benefits both you and your dog!

-- Keeps your dog young. Balance is foundational to fitness and good health, and delays the onset of signs of aging.

-- Strengthen your dog's core. A strong core leads to better quality of life.

-- Improves performance in sports, and life in general. Whether it’s chasing birds in the yard or chasing the lure, better balance allows your dog to do better.

-- Protects against injury. This is a big one. This is one of the best reasons why every dog, including yours, would benefit from balance training. This not only includes major injuries and falls but those tweaks and strains of daily life too. Better balance equals less likely to get hurt.